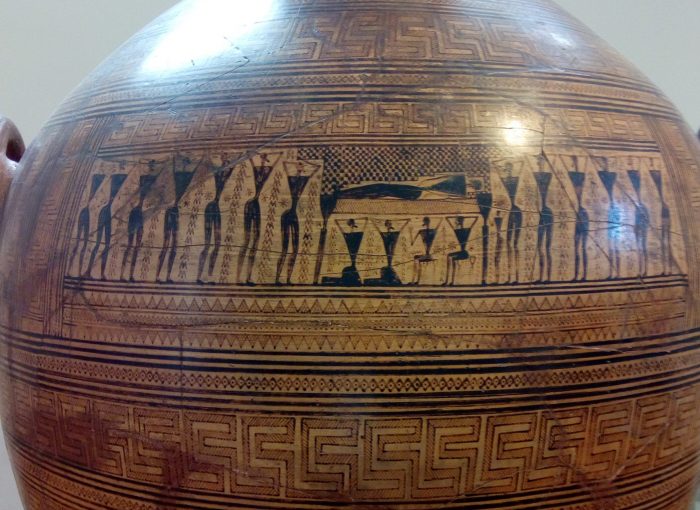 The ‘corporeal’ is one of the most important themes in Homeric epic. Even if it has been studied by contemporary scholarship in many ways, the subject remains open to further investigation. My lecture aims at analysing the meaning of the word sōma in the Homeric poems in order to get a clear picture of Homer’s conception of man. Homeric language possesses a rich vocabulary with regards to the ‘body’ and the ‘corporeal’, and the reader finds a range of diverse terms for ‘body’, none of which matches the contemporary notions of the human body. Before talking about the body, and in particular about the notion of sōma, I need to describe the Homeric conception of man. First, I will consider the unity of the Homeric man and its relation to the human body, and then I will move on to the notion of sōma and its meaning. I will conclude my discussion with a brief analysis of the occurrences of sōma in the Homeric poems and in two passages from the Hesiodic Works and Days and Pseudo-Hesiodic Shield of Heracles.

The Homeric conception of man.